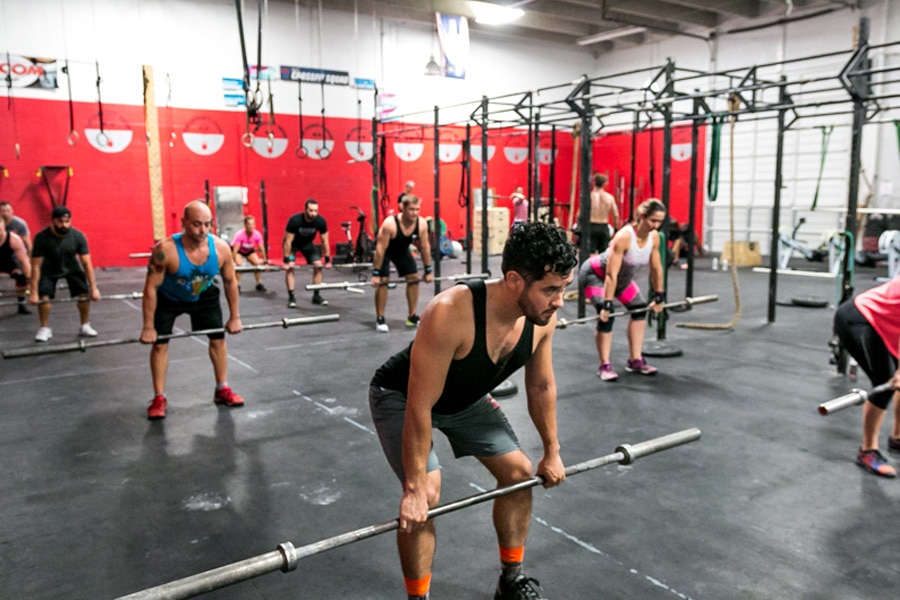 CrossFit is a multi-dimensional sport with a large number of movements to perfect. Even seasoned CrossFitters are likely to be performing a few of them incorrectly despite their best efforts.

Some of the most common movements that are performed incorrectly are the Olympic weightlifting movements and gymnastic movements. A big reason behind this is the skill and technique required to execute these the right way.

Take a look at three different movements which are often ‘done wrong’.

The Power Snatch, the Olympic and the Squat Snatch are some of the most complex CrossFit movements and perhaps the most difficult for beginners to master. The multi-step nature of this movement makes it one of the most likely to be performed incorrectly.

A properly performed snatch consists of the following phases:

There is the potential for mistakes to be made in any of these stages, however you are likely to get caught out on The Catch. The reason we often get this wrong is that we are literally punching (or lifting) above our weight. Ego can play a factor in this as we all like to show off but it is important to perform this move carefully in order to avoid injury.

The best way to fix mistakes when performing the snatch is via constant practice at an achievable weight, under the watchful eye of an experienced coach. A correctly performed snatch is a delight to see and when you practice is correctly you will be able to progress to heavier weights more rapidly.

The jerk, along with the snatch, is another highly technical Olympic lifting movement performed regularly in CrossFit.

The two variations of the jerk are the push jerk and the split jerk. The same error is commonly seen with both — not correctly locking out the arms and performing a pressing motion to complete the movement.

The jerk is an aggressive move, designed to press a weight overhead and this is where errors occur. Often, CrossFitters misjudge what they can lift, shoving the weights into the air using poor form instead of using a controlled motion.

Much the same course of action is required to fix the mistakes with the jerk as the snatch. By practising regularly with a lighter weight under the supervision of a coach, you’ll be able to develop a technique which looks effortless and requires less energy, thus allowing you to lift more.

The bar muscle up is a staple of gymnastics skill work, used simply to get on top of the bar before performing a movement. In CrossFit, this move is used as an advanced cardiovascular activity when the athlete is looking to move on from basic pull-ups and chest to bar pull-ups.

The most common mistake seen in the bar muscle up is ‘chicken winging’ or turning one arm over before the other. This creates a large amount of strain on the athlete’s shoulder. Doing a bar muscle up this way is ineffective and can also lead to injury.

In order to perform a bar muscle up successfully, it is important to first develop strong, by-the-book pull-up skills. The next step along from this is improving your core strength, and then mastering what’s known as the Kipping pull up.

Once these steps are mastered, you can move on to chest to bar pull-ups before spending time perfecting your swing and transition over the top of the bar.

CrossFit is a fantastic sport which caters to all fitness and skill levels. Once you have mastered the majority of movements and corrected some of the more common mistakes you are well on your way to leading a fit and active life.

Ready to give it a try? Your coach will make sure you’re doing your moves correctly. Sign up for a trial class today.